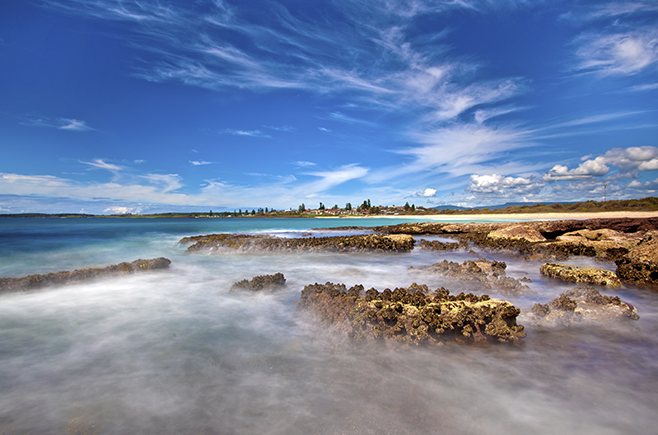 Once regarded as little more than a steel city “the Gong,” as it is affectionately known to locals is shedding its industrial shackles. What remains might surprise you. We spend 24 hours in Wollongong.

Wake early and go for a walk along the Blue Mile which links North and South beaches and offers spectacular views of the Pacific Ocean.

A seafood restaurant might seem like an odd place to start the day but with views over Wollongong harbour, an extensive gluten-free menu and decent coffee you’ll soon be thanking us!

It might surprise you to learn that Wollongong is home to the largest Buddhist temple in the Southern Hemisphere. Exploring the grounds it’s striking how loud silence can sometimes be. You’ll need to head elsewhere for lunch as the vegetarian meals provided are unfortunately not gluten-free.

Head back into town and grab a table at Gigi’s Restaurant & Bar. Traditional Italian might not be the first cuisine one thinks of on a gluten-free diet but the team at Gigi’s know all about cross contamination. All of their risotto’s are gluten-free and gluten-free pasta is available. The kitchen also has gluten-free bread on hand to make brushcetta and it’s baked on a separate tray to ensure no nasty gluten-containing crumbs end up on your plate. From here, head up to Crown Street for a wander through Wollongong’s mall.

After you’ve shopped up a storm and let your lunch settle find your inner-child at Hangtime, the biggest trampoline park in NSW. Here you can bounce on the floors or off the walls. There’s also a dodgeball court and a basketball slam-dunk alley. If jumping’s not your think, grab your swimmers and towel and head to North Wollongong beach, where it’s patrolled 365 days a year.

Start the evening with a pre-dinner cocktail and according to locals Dagwood is the small bar of choice. Restaurateurs Aaron and Stan Crinis are the brains behind the space and street food was the inspiration for the project.

Where Dagwood was loud and colourful, Lorenzo’s is quiet and reserved. Each menu item is made to order from scratch, making it an excellent choice for those following a gluten-free diet. The menu is helpfully marked to indicate items suitable for coeliacs and they are numerous.

The one thing Wollongong lacks is a decent high-end hotel. The Novotel was that once but the rooms are now quite dated. However, for location and jaw-dropping view, the Novotel wins every time. 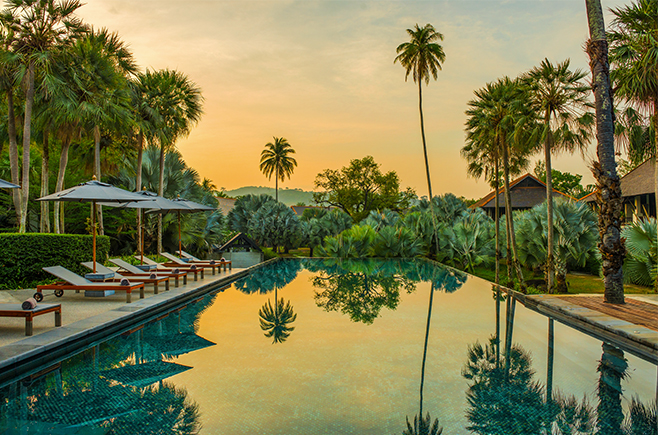 Phuket is one of the hottest travel destinations in Thailand. The island can cater to your every whim, be that partying to the early hours,… 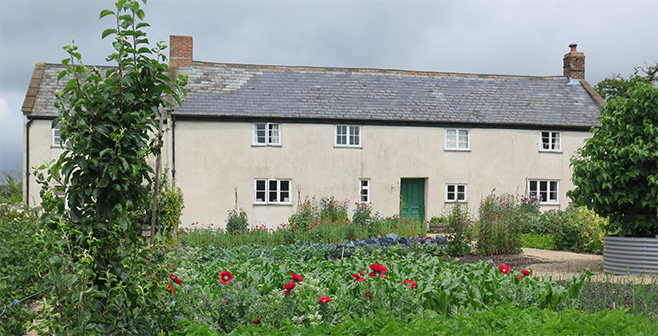 Three hours south of London is the famous River Cottage. CARA BOATSWAIN hops aboard a tractor and brushes up on her gluten-free baking. England isn’t…