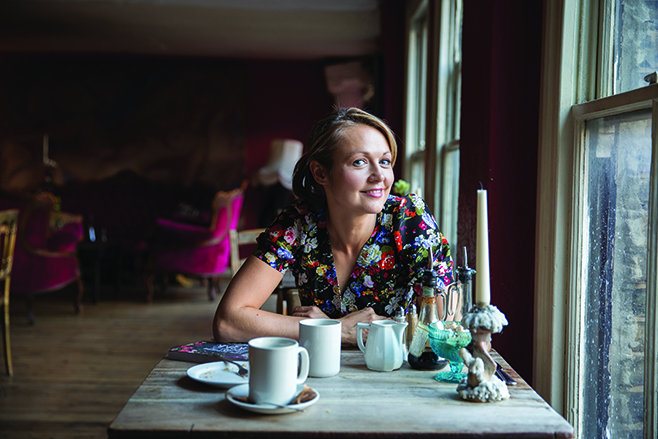 AGFL: Why do you follow the Paleo diet and what changes have you noticed?

Irena Macri: Around the time I turned 30, I started looking for ways to optimise my diet and lifestyle to foster better health and to promote longevity. I was already cutting down on excess sugar and refined carbohydrates such as white bread and pasta but then I stumbled on Paleo through friends. Like most people, I thought it was quite unusual and went against so many preconceived beliefs and ideas I had about nutrition, such as fat and cholesterol for example. So you could say it was my curiosity that got me interested. After doing lots of my own research and reading books about the Paleo lifestyle and diet, I fell in love with its basic philosophy of eating whole, nutrient dense foods and living in a more natural, holistic way.
When I first started out, I really noticed an increase in energy, less cravings, improved sleep, better mood and good digestion. It’s also been easy to maintain a healthy weight without having to count calories or to deprive myself of delicious, satiating food. You hear about many other benefits from different people who use a Paleo diet and lifestyle to fix metabolic issues, improve gut health, manage autoimmune conditions, reduce systemic inflammation, increase nutrient absorption – it’s a wide gamut depending on where you start out.

AGFL: What inspired you to launch your blog, Eat Drink Paleo?

Irena Macri: I’ve always been a big foodie and I happen to be quite a good cook, so when I started eating Paleo I decided to set up a blog to share my recipes and kitchen experiments. I wanted to demystify Paleo and to show that it’s not as bland, boring and meat heavy as people assume it is. Plus, I wanted to create something for Australian audience as everything was coming out of the US at the time. Little did I know that it would become such a big international blog that would lead to some amazing opportunities, such as my cookbooks.

AGFL: Your attitude to Paleo isn’t as extreme as others. Can you explain your approach and why?

Irena Macri: I think life is too short to be extreme about diets and to me Paleo is not really a diet; it’s simply a way I choose to eat that happens to be a little different. Unless you have a serious condition or food intolerances, there is no need to approach Paleo with a military attitude. It only leads to an unhealthy relationship with food, which is not what Paleo is about.

I believe in the 80/20 philosophy – you eat a clean Paleo diet 80 per cent of the time and adapt the other 20 per cent to suit your own needs, goals, biological uniqueness and social circumstance. My 20 percent means including a little healthy dairy like grass-fed butter, yoghurt and aged cheese or some white rice and buckwheat when occasion calls for it. When I travel, I might indulge in some regional dishes that might have ingredients that are outside of the Paleo guidelines, and that’s ok with me because it’s not an every day thing.

AGFL: Moving to Australia from the Ukraine in your teens must have been a huge culture shock. Do Australians have a different approach to food?

Irena Macri: My main shock came from how many different foods and cuisines were available in Australia. Ukraine, like a lot of countries in Europe, has its own traditional cuisine and that’s pretty much what you grow up eating. When I moved to Australia I was exposed to amazing Thai, Indian, Japanese and Mexican dishes I had never tried before and foods like avocado and oysters. On the downside, I was also introduced to a lot of fast food which I didn’t have growing up so I put on a few kilos in the first year or two.

I travel a lot these days and I find that Australians are the biggest foodies out there and most of us really care about where our food comes from. There is still a lot of work that can be done around food education and the availability of healthy options but overall we should feel pretty chuffed about the food culture we created – it’s on another level.

AGFL: Paleo has had its fair share of criticism. What do you say to the critics?

Irena Macri: I say try it before you dismiss it as another fad, or at least do your own research. A lot of articles are written by people who never look beyond a few known facts about Paleo and they make all sorts of assumptions about the diet and the people who decide to follow it. In reality, it’s much more accessible than people realise and it’s not as meat heavy, as expensive or as fanatical as they think. There are so many variations – while some people will benefit from a more restricted, low carbohydrate Paleo diet, others will be better suited to a more flexible approach.

AGFL: Do you have any advice for readers considering making the switch to Paleo?

Irena Macri: First of all, focus on what you can eat rather on what you can’t – the world of unprocessed food is huge with many wonderful things to try. Secondly, Paleo is not a just a diet, it’s a lifestyle so don’t forget about things like sleep, stress management, and movement . And finally, start cooking for yourself – it’s one of the quickest ways to upgrade your diet.

AGFL: How do you approach recipe development?

Irena Macri: Imagine a large spreadsheet full of ingredients and their taste profiles, complimentary combinations, different cooking methods and cuisines – kind of like a data matrix – well that’s what inside of my head looks like. Whenever I travel, eat out, read cookbooks, watch cooking shows and even look through Pinterest, I keep filling this spreadsheet with new data. Then when I see a great piece of fish, some sweet cherry tomatoes and preserved lemon at a store, I go on a little trip inside my head and all sorts of ideas start coming up. It’s a very organic process, sometimes I get ideas while day dreaming on the bus, sometimes in my sleep. And because I have tried so many things in my life and my palate is quite developed, I can taste things in my mind. Then I test these ideas in real life and if they work, they go online or I keep them for my cookbooks.

AGFL: You launched Eat Drink Paleo in 2012, you now have two cookbooks and numerous e-books under your belt. What’s next?

Irena Macri: That’s a good question! I still have a lot of tasty dishes to share so you would probably see another cookbook but it might be a little different. I am quite interested in the topics of longevity and anti-aging, and learning about the people who live long and healthy lives, so that’s the area I want to research further. I would also like to to work with kids and develop something to help them learn about healthy eating and good food. 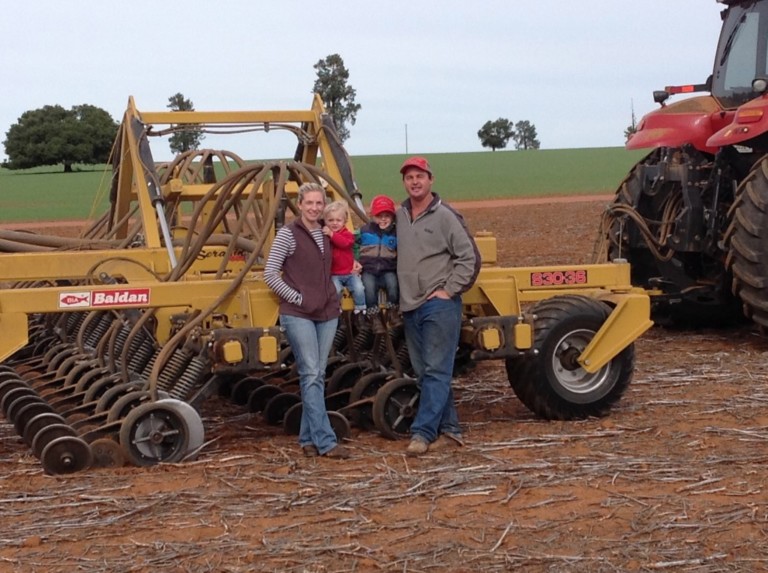 Robyn Buerckner lives with her husband Paul and two children on a wheat farm in the Riverina region of NSW. Her son was diagnosed with… 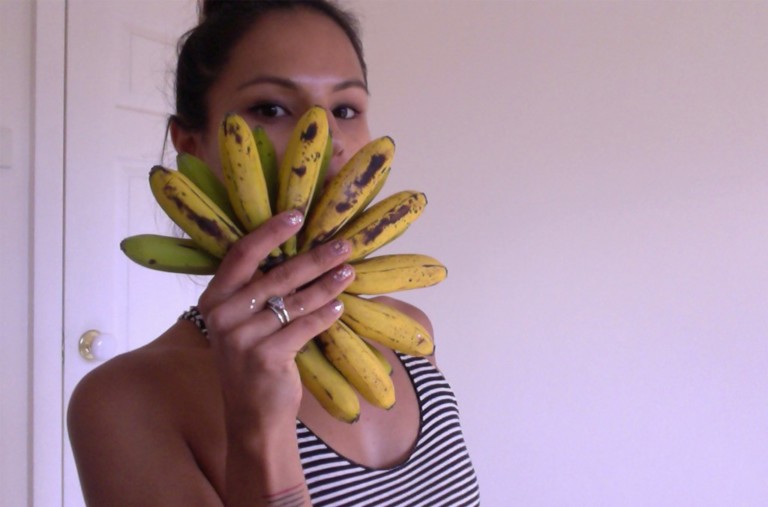 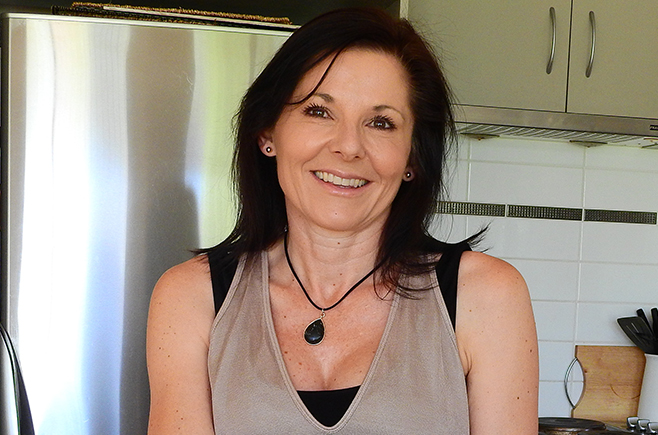 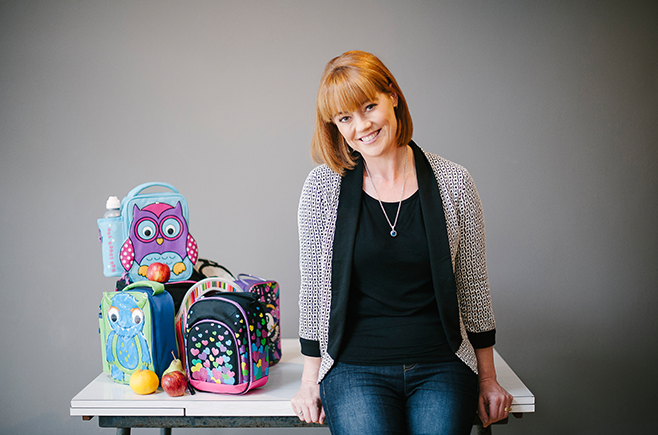 Meet Kate Crocker, the busy mum, lawyer and author of Gluten-Free for Lunchboxes. Tell us a bit about your background and how you came to… 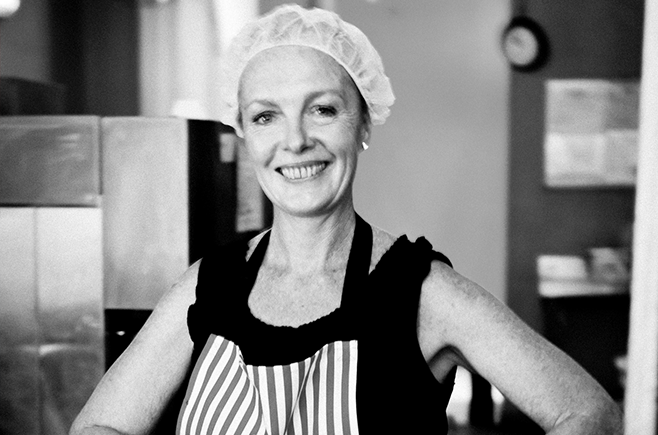 Unable to find dairy and gluten-free treats that didn’t taste like rubber, Rowie Dillon began baking her own. Her treats can now be found in… 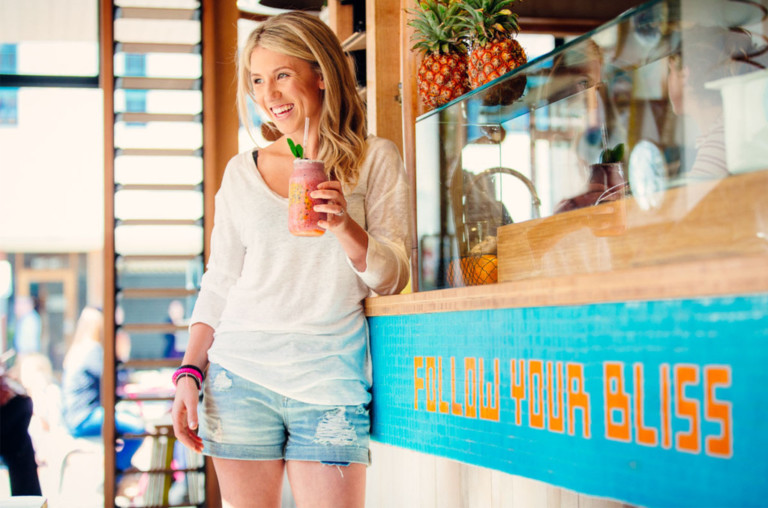